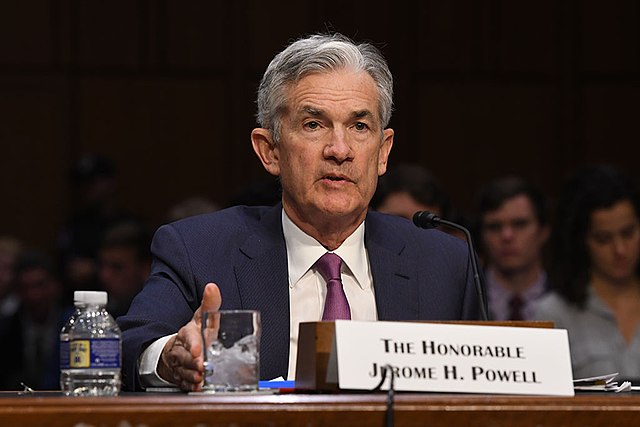 The USD fell notably on Wednesday as traders reacted to Powell’s testimony, while stocks initially rallied only to give up gains in the last hour of trading.The testimony of US Federal Reserve Chairman Powell before Congress was the day’s primary event. The central bank is firmly determined to bring inflation back down, Powell said as he began his remarks, and the subsequent rate hikes will continue to be appropriate.

At the conclusion of the event, he said that they would never rule out raising interest rates of any size, even though doing so would probably be unpleasant and may spark a recession.

“The narrative in financial markets seems pretty clear. Inflation needs to be addressed, and given that supply-side factors show no signs of easing, central banks are going to have to take the steam out of demand by tightening monetary policy,” said analysts at ING in a note. “Whether that slowdown turns into a soft-landing or a recession remains to be seen.”

You may also like: WTI Oil on Its Way to Dropping Below 100 USD/bbl.

Later today, European PMIs are due, expected to decline across the board as the economic situation in the Eurozone continues to deteriorate.

As Germany prepares for the possibility of running out of Russian gas, Economy Minister Robert Habeck is expected to deliver a statement later on Thursday on “energy and supply security.”

The US session will offer the second day of Powell’s testimony, along with the preliminary PMI data from the services and manufacturing sectors.

Additionally, US bank stress test results will be released by the Board of Governors of the Federal Reserve System, presenting a result of a bank stress test for the largest US banking organizations.