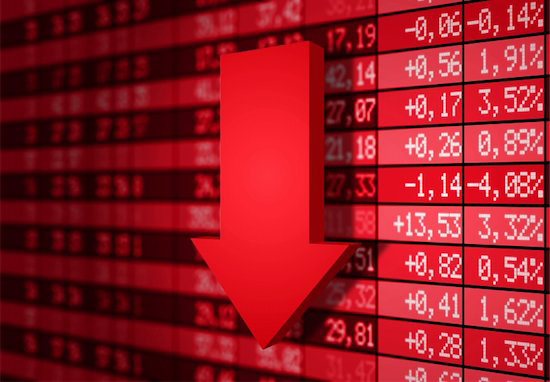 Stock markets around the globe fell sharply, with EU bourses down more than 1.5% and US equity futures losing more than 1% as bulls have failed to continue in yesterday’s rally.

Concerns of high inflation remain, possibly forcing central banks to tighten monetary policy faster than previously thought. The energy crisis in the EU and UK is getting worse each day – UK gas prices hit a new all-time high of 330 pence a therm, around 97 euros a megawatt-hour.

The euro fell against the dollar to its lowest level since July 2020 after German factory orders unexpectedly crashed. The year-on-year change dropped from 26.1% to 11.7%, while the monthly gauge cratered to -7.7%, from 4.9% previously.

Later in the day, the eurozone retail sales are due, with the monthly change expected to improve, but the yearly basis will most likely deteriorate notably.

In New Zealand, the central bank raised rates for the first time in seven years, and the official cash rate was hiked by 0.25% to 0.5%. Additionally, the central bank signalled further tightening. Nevertheless, the NZDUSD pair crashed 1% amid negative sentiment.

The US session will bring the ADP employment report for September, expected to increase to 428,000, up from 374,000 previously.

The US 10-yield advanced above 1.55% for the first time since June 2021, possibly confirming the medium-term uptrend in yields. That could be bullish for the USD but negative for equities and precious metals.